As promised in our July post, here are more fawn photos! 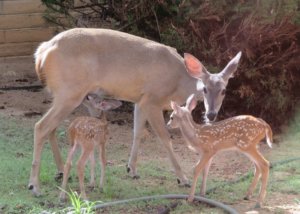 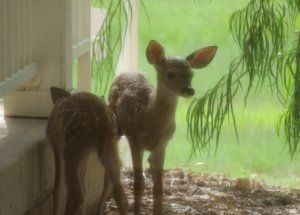 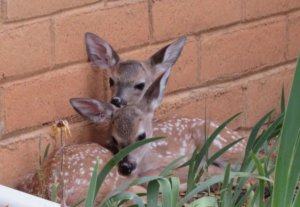 Since mid-August there has been only one fawn with the doe. We are afraid that something may have happened to the other fawn, but are hoping that maybe that doe moved her twins elsewhere and the doe and fawn hanging around now are a different family … ? In any case, this fawn is growing up quickly. Already its spots are beginning to fade. 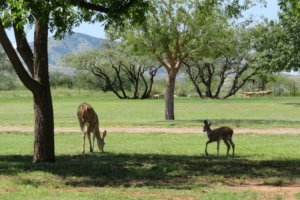 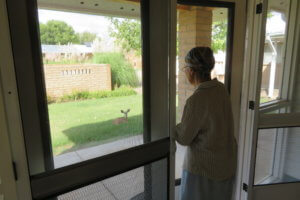 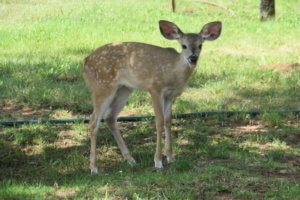 A documentary film crew from the University of Arizona has visited us several times over the last year. We and a group of Sisters in Maryland are the subject of their film “Final Vows.”  Vicky Westover has interviewed Mother Vicki and several of our Sisters. In the photo below our Postulant Sharon is under the spotlight. We’ll share more information about the film as the project progresses! 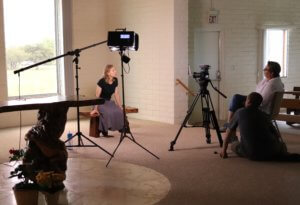