We’ve been blessed this summer to have several different visiting priests who have kindly offered Mass in our chapel during their stay. Sr. Hildgard’s family friend, Fr. Josephat (pictured above), was here in early July. Not long after, the superiors of seven monasteries of our Order held their pastoral meeting in our family guest house, and the five abbots in the group took turns presiding at the daily Eucharist. In the photos below you see our Sisters enjoying an informal Sunday brunch with the superiors on the last day of the meeting, left to right: Fr. Charles of St. Benedict’s Monastery in CO with Postulant Sharon; Sr. Margarita and Fr. Paul Mark of New Clairvaux Abbey in CA; Sr. Esther, Fr. Steele of Tarrawarra Abbey in Australia, and Sr. Hildgard; and Mother Kathy of Redwoods Monastery in CA with Sharon. 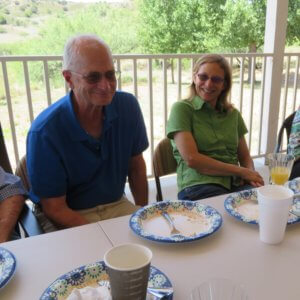 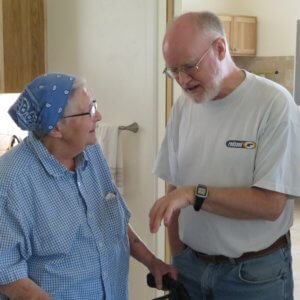 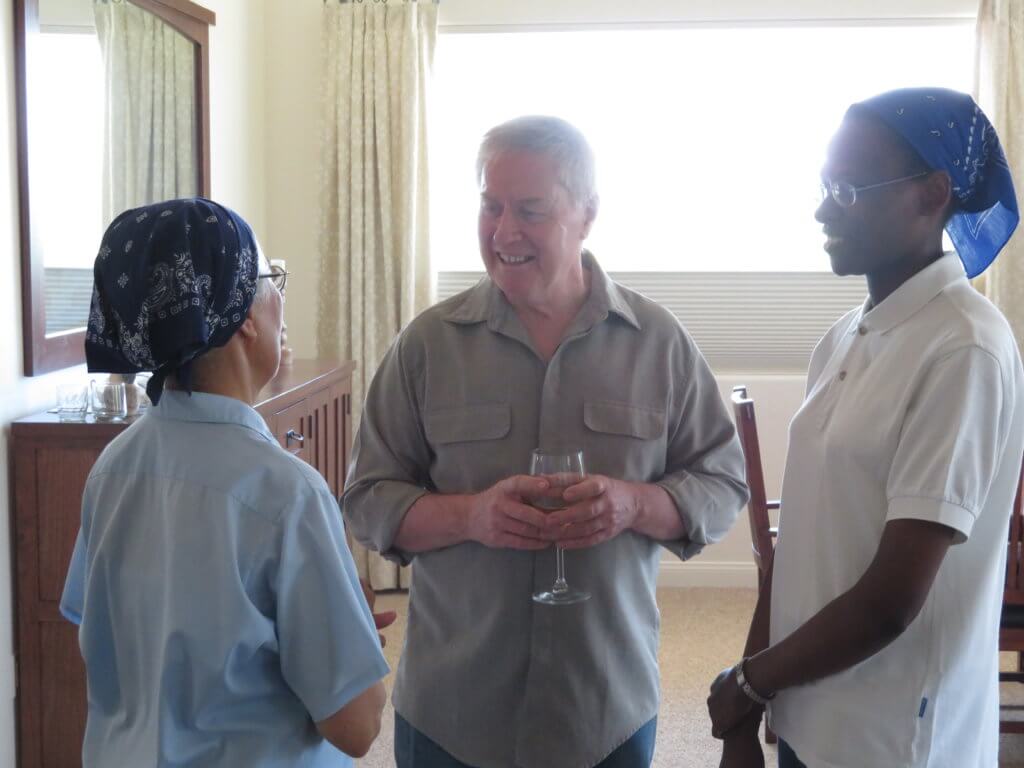 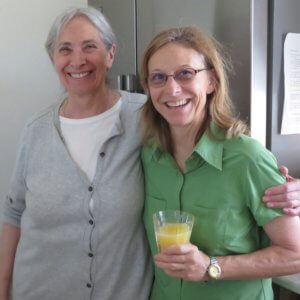 2019 is the 900th anniversary of one of the founding documents of our Cistercian Order: the Carta Caritatis (the Charter of Charity). The founders of our Cistercian Order liked to think of each of our monasteries as a schola caritatis, a school of charity, a place where one grew in the love of God and of the community. The Carta Caritatis contains legislation intended to preserve that same link of charity between the different monasteries by creating a system of autonomous monasteries, regular visitations, and an annual general chapter. Ever since the end of the 19th century there have been two Cistercian Orders: the Order of Cistercians (O. Cist.), and the Cistercians of the Strict Observance (O.C.S.O., a.k.a. Trappists.) In honor of the 9th centenary of the Charter of Charity, the O. Cist. monks of Our Lady of Dallas in Irving, Texas, hosted a colloquium for monks and nuns of both orders, as well as their respective abbots general, and several medieval scholars. We sent our Sr. Pam to the 4-day event. On the first evening when everyone gathered in the monastic church to pray Vespers together, the visitors stumbled around a bit with the unfamiliar psalm tones and antiphons. But later, at the end of Compline, when it came time to sing the traditional Salve Regina, suddenly everyone was singing in unison, loud and clear. Sr. Pam found it a moving experience of the unity of our two Cistercian orders on the deepest level, in spite of the vagaries of history and observance which caused our juridical division. She had a marvelous time meeting and talking with so many monks and nuns from all over the U.S., Europe and Asia. Learn more about the colloquium by following the link below to the OCSO website.

Colloquium on the Charter of Charity

Back home at Santa Rita, right at the end of July, one of our neighborhood Coues whitetail deer gave birth to twin fawns in our backyard. They were born under the hedge outside the mailroom, but their mother soon moved them into St. Joseph’s garth, the hidden garden between the church and the refectory. As in previous summers, St. Joseph and the Child Jesus are presiding over the deer nursery. We Sisters delight in watching the little ones through the windows surrounding the garth. We promise to post more baby deer photos in our August journal!